Welcome to part ten of the Deep Learning with Neural Networks and TensorFlow tutorials. In this tutorial, we're going to cover the Recurrent Neural Network's theory, and, in the next, write our own RNN in Python with TensorFlow.

Consider a sentence like "Harrison drove the car," where each word is a feature. Thus, our features are ["Harrison","drove","the","car"], and maybe we even have an End of Sentence (EOS) character for the period, but let's ignore that for now.

In a traditional neural network, "Harrison drove the car" is treated exactly the same as "The car drove Harrison". In the former case, we have an ordinary vehicle, under the control of a human. In the latter, we have a self-driving car.

While Recurrent Neural Networks have gained a lot of exposure through use in language, they also have use in the physical world as well. We judge distance, velocity, and acceleration, all thanks to our temporal sense. 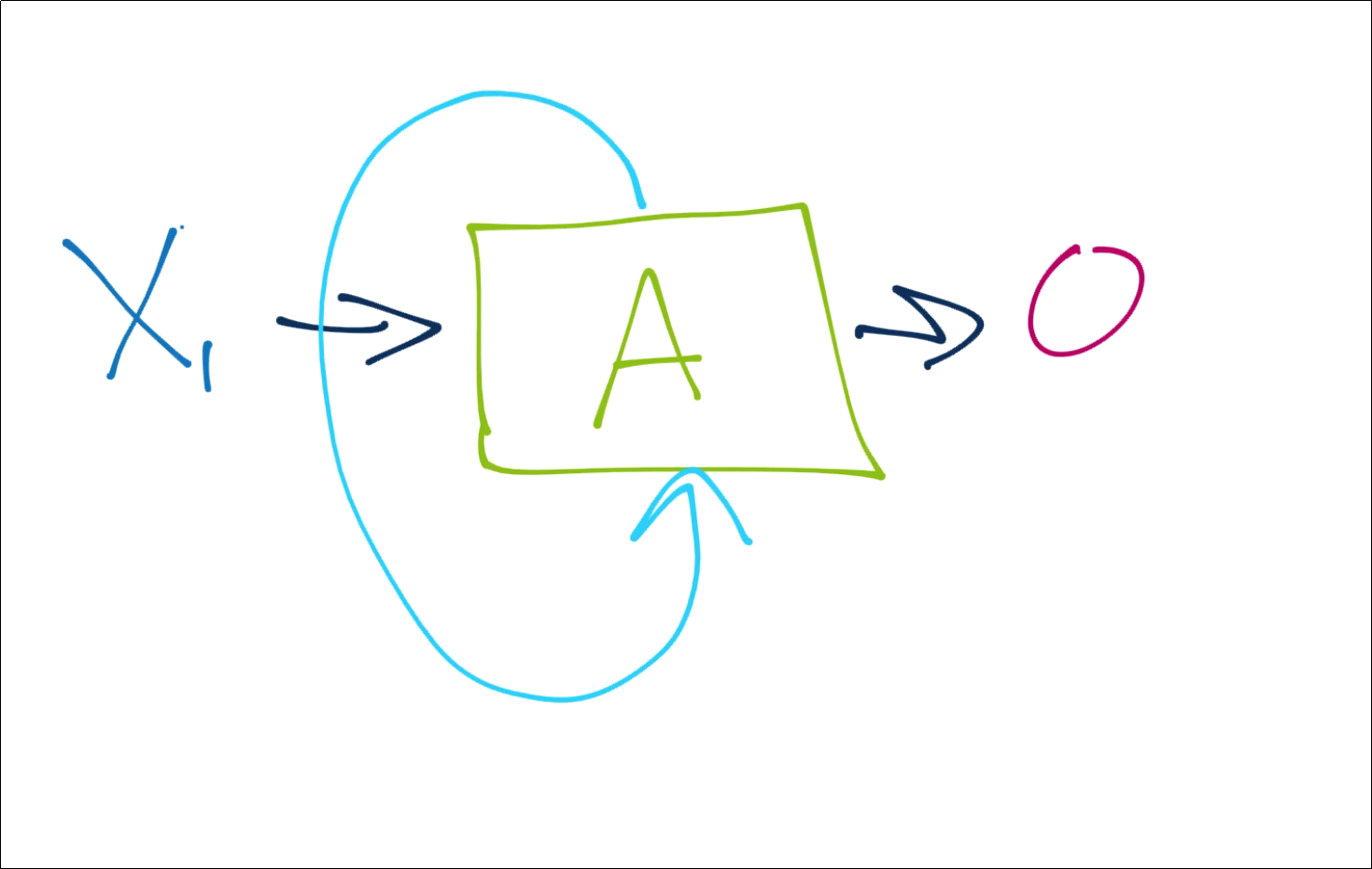 Another way to look at this is more like this: 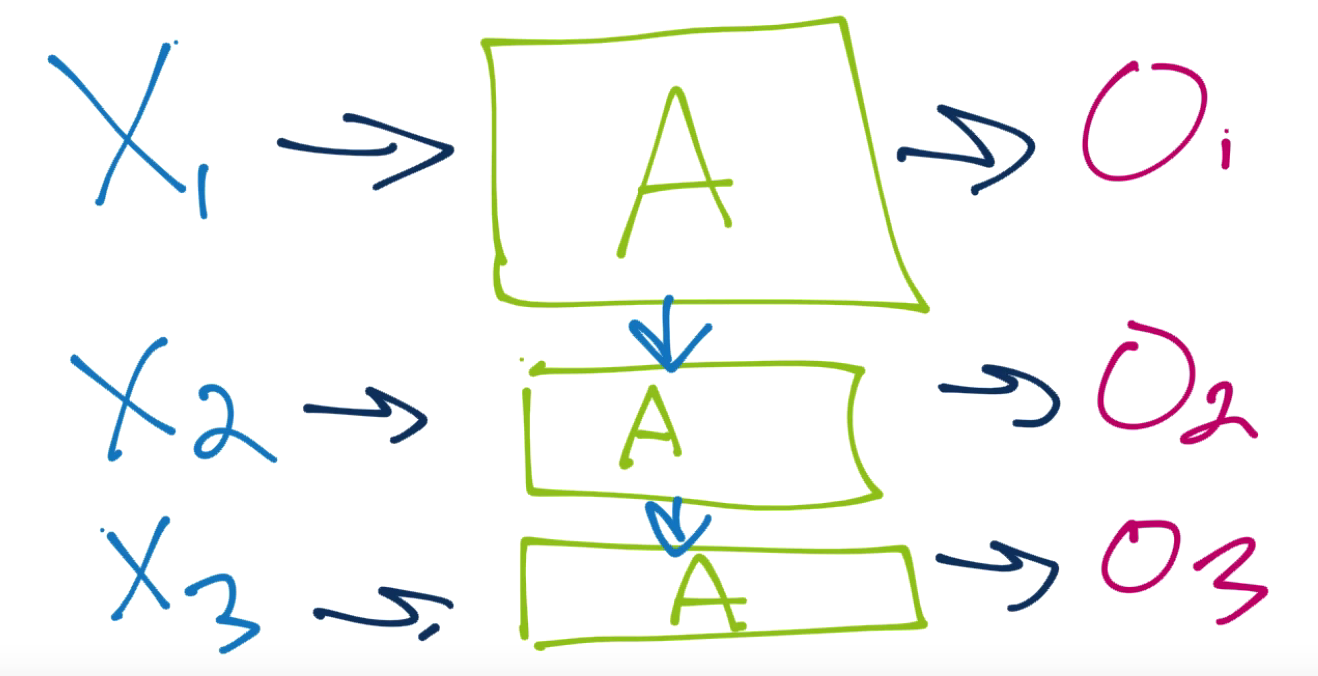 This is where the Long Short Term Memory (LSTM) Cell comes into play. An LSTM cell looks like: 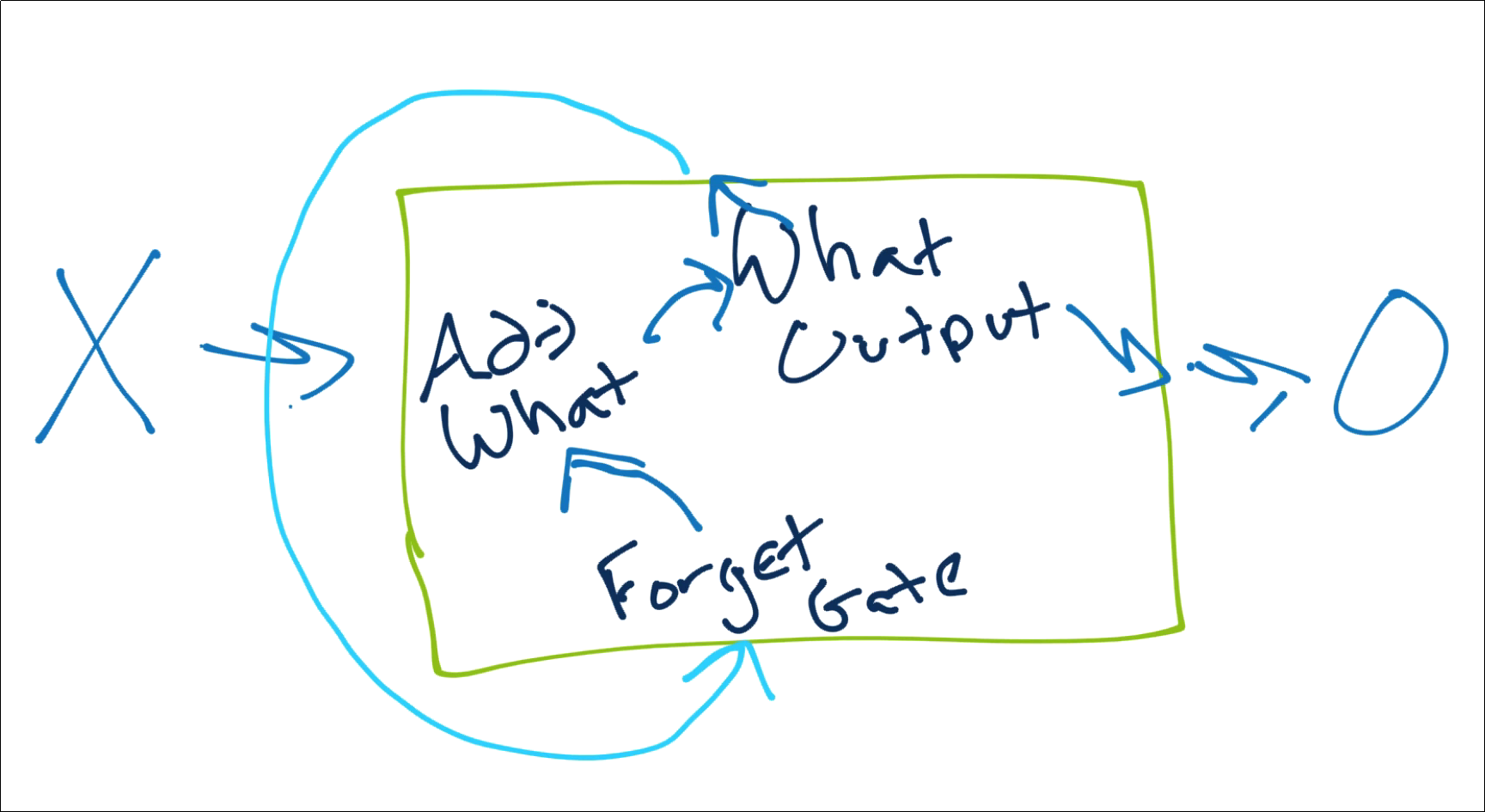 The idea here is that we decide what to do with the recurring data, what new to add, and then what to output and repeat in the process.

Recurring data goes through what is referred to as the Keep Gate or Forget Gate, basically which decides what to keep and what to remove from the recurring data. From here, we get to the new input data, determining what new to add from it, then, finally, we decide what our new output will be.