In this Matplotlib tutorial, we're going to be discussion subplots. There are two major ways to handle for subplots, which are used to create multiple charts on the same figure. For now, we'll start with a clean slate of code. If you're following along linearly, then make sure to keep the old code on hand, or you can always revisit the previous tutorial for the code again.

Now, we're going to start with the add_subplot method of creating subplots:

The way that this works is with 3 numbers, which are: height, width, plot number.

If you're having trouble visualizing this, see the video, as we also explain this works in paint, which should help if you're confused.

This code gives us the following: 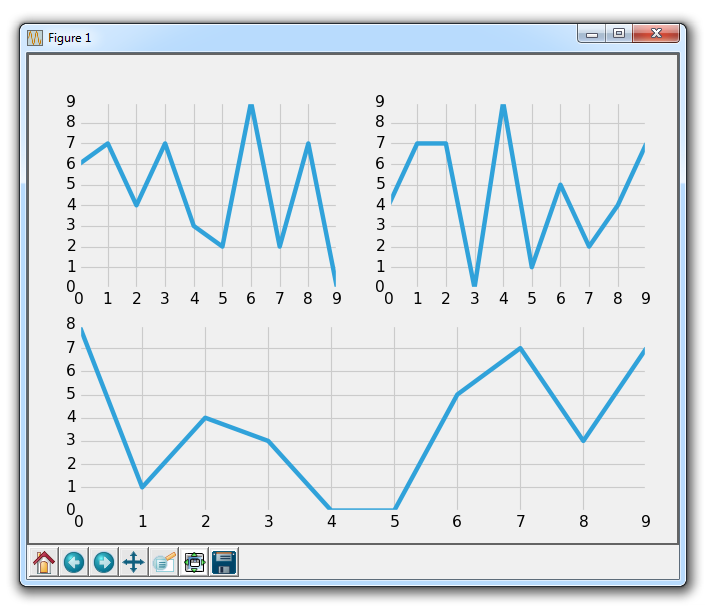 So that is add_subplot. Try to think of some configurations that you think could be interesting, then try to create them with add_subplot until you feel comfortable.

Next, let's cover the other method, which is subplot2grid.

Remove or comment out the other axis definitions, and then add:

So, add_subplot doesn't give us the option to make a plot cover multiple positions. This new, subplot2grid, however, does. So, subplot2grid works by passing first a tuple, which is the grid shape. We do (6,1), which means 6 tall and 1 wide. The next tuple is the starting point of the top left corner. For ax1, this is 0,0, so it will start at the top. Next, we can optionally specify a rowspan and colspan. This is how many rows and columns the axis will span. 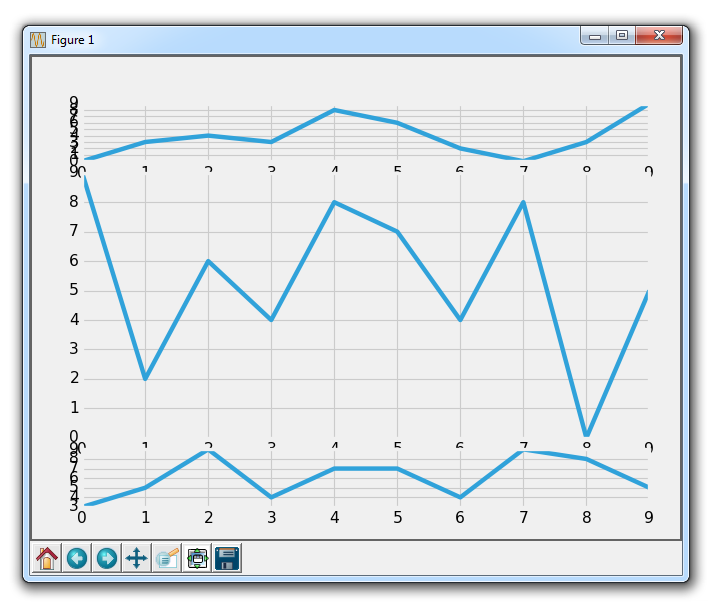 Obviously we have some overlapping issues here, which we can handle with the subplot adjusting.

Again, try envisioning various configurations of subplots and make them happen with subplot2grid until you feel comfortable!

We're going to continue forward using the subplot2grid, applying it to our code that we've been slowly building up to this point, which we'll continue with in the next tutorial.