For reference, here's the picture again: 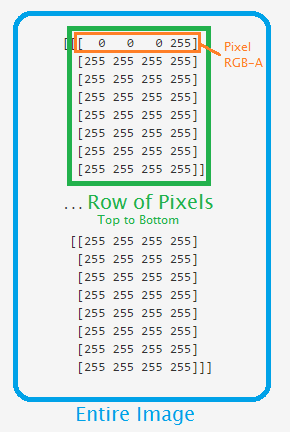 Try now running the following with another image:

This has a black dot with another that is green-ish colored from the images directory. Notice the pixel values change.