Now that we've got the basic window, buttons, and event handling down, we're ready to tackle the idea of a menu bar. The way tkinter works, along with quite a few graphics/windows operations work, is with a main window, then you sort of build things on top of it, then display everything all at once, which gives the appearance of a singular package. What makes tkinter most confusing, at least to me, is that you have to work both forwards and backwards in relation to your goal.

So, when I make programs, I usually work backwards from my goal. I know what the end objective is going to be, and then I take steps in reverse, first calling a non-existent function as if it works how I might need it to, then I define it to fit how I need it to act. With tkinter, this methodology is used as well, only you have to do some of the beginning steps, then you have to go to the end and work backwards. Let's hit the code to understand better: 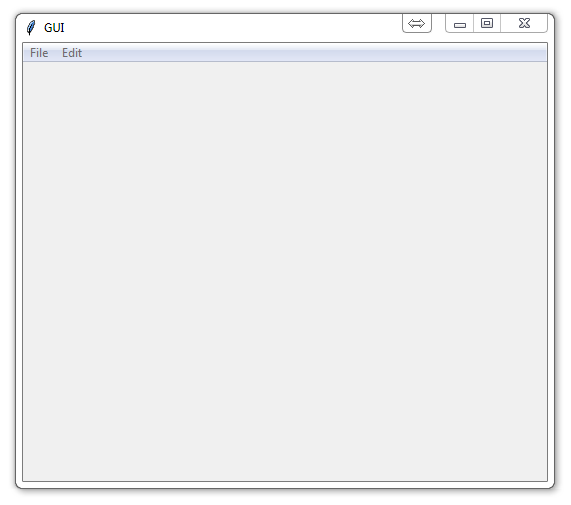 Sometimes I like to describe things line by line, and sometimes I think it can make it confusing. For tkinter, you've probably noticed I've been commenting the heck out of it and describing. Hopefully that helps a bit. So, here, we can see that the menus are all done within init_window().

...and people are quickly lost with this. It's quite a confusing way to go about it at first, but that's what we've got. Once you get comfortable with tkinter, you can perform these operations much quicker. If you are confused, then I highly suggest you watch the video as well, since I show how the grouping of the 3 lines of object creation, adding options, then appending to the main menu sort of simplifies the process.