Welcome everyone to an updated Kivy tutorial series. It's been quite a few years since I last poked my head into Kivy, and it's time to revisit it!

Kivy is a multi-platform GUI development library for Python, running on Windows, Mac, Linux, Android and iOS. The idea is, you can build an app in one locaiton, and use it across basically all devices. It's a super cool idea, but...only if it works. The last time I tried Kivy, I had a hard time getting it to run on Android, which shouldn't be too hard. We'll see how it goes this time!

To get Kivy, it really depends on your operating system. Head to Kivy.org, then go to download, then follow the instructions for what you'll be using. It's just a series of commands you need to run, so pause the video and get that done.

Next, like many things, I think it's best we just jump in without any further explanation. You know what Kivy is and why it could be awesome, now let's see what we can find.

To begin, let's make a basic app that will just display some text for us. I'll make a new file called epic.py, careful not to call your file kivy.py!

On Windows or Linux, you run this like a typical Python file. On OS X, you will instead run with something like $ kivy epic.py. 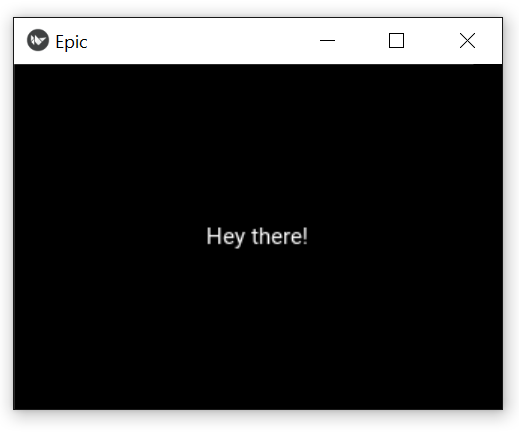 Notice too, you can resize this window and the text just automatically adjusts and is responsive to whatever sizes you throw at it. Kivy just does this out of the box, with many different layout options to choose from.

So the idea is to have a chat application, so let's continue. From our sockets chat app, we know we need a few things. Let's add in username, IP, and port field to the main screen, rather than just some text.

The comments should suffice here. If you don't understand super(), here's a quick, basic, example:

Now, they both run! Cool! 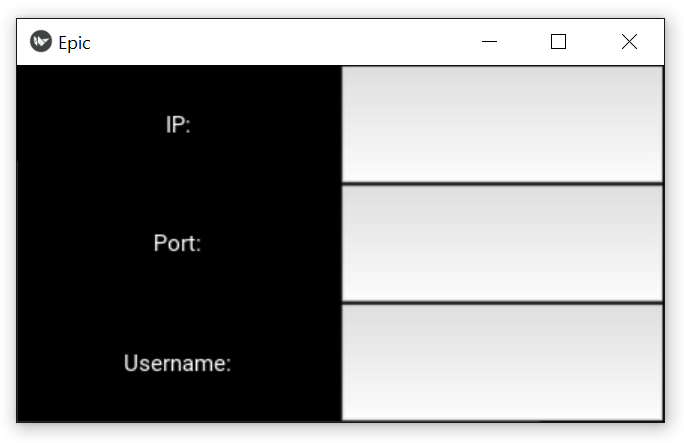 Okay great, so you've seen the basics of Kivy and just how quickly we can get up and running. We don't have anything too beautiful yet, but interesting nonetheless. In the next tutorial, let's cover how we can access the content a user types in. We expect the user to type in some info and maybe hit a connect button. From here, we want to access what they typed, and attempt to connect them to the chat room!

In the next tutorial, we'll add buttons and begin to add the event to handle for the data that is input into these fields.